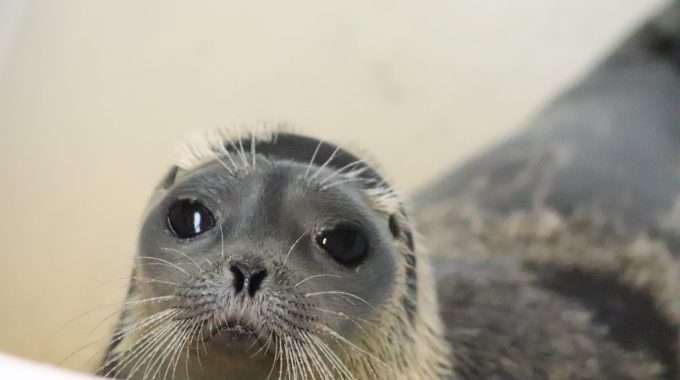 On 2nd January 2020 a curious guest showed up on the west coast of Ireland in CO. Kerry in the shape of a fluffy little cloud. After further sitings and photos send into our 24h-hour rescue hotline, our animal care team were able to distinguish this peculiar creature – it was an arctic ringed seal!

A week had passed and she cropped up again on 12th January in Co. Clare, a massive 150km swim up north for this little pup. In the short space of time since her first appearance, she had lost condition and seemed to be very dehydrated. Our animal care assistant, Gale Loescher, was able to organise the newcomer’s transport from Co. Clare all the way down to our rescue centre in Co. Wexford. The lethargic, and slightly bewildered, pup made it to the centre at 11 pm where she was treated with fluids, and given time to rest peacefully.

Our animal care staff were very mindful to keep as much distance as possible to this little ringed seal. Being native to the arctic and often not having any contact with humans in their lives, they are prone to Capture Myopathy – they can become easily stressed, causing them to overheat and die.

Once the first critical 12 hours had passed, we knew she was on her way to a full bill of heatlh. After taking poll within the Seal Rescue Ireland community we all finally settled on a name after one or two friendly co-worker disputes; 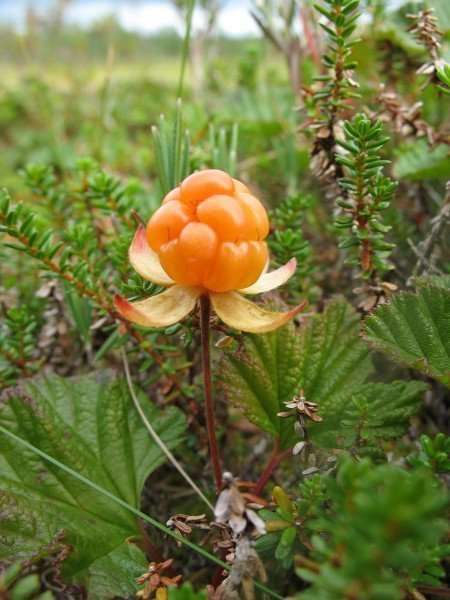 Being our first ever experience with a ringed seal, we are in contact with both the Alaska SeaLife Center and Zeehondencentrum Pieterburen who have both had experience rehabilitating them, and they are helping to give us advice on her specific needs.

At the moment we are trying to figure out a bit more about her… for one we are trying to pinpoint her age more accurately. Coming into us at 60cm in length, and weighing 9kg, we think Cloudberry is just under a year old, even though she still maintained a lot of her lanugo when found.

After bloods had been drawn and tested, she was found to have no abnormalities and has a very strong heartbeat. within a couple of days, she started to eat *shred* her fish and now she could even give the big grey seals a run for their supper! Gaining a huge 4kg and a week she is now 18.6kg! #CHONK

During the cold, wet, winter of 2020, Seal Rescue Ireland (SRI) teamed up with ‘Plant and Grow for Tomorrow’ and ‘None-so-Hardy Forestry’ to deliver an exciting, new Community Habitat Restoration project. Learn more!

Low in behold, the world has change significantly in the past 35 years. An incomprehensible…

Our Visitor Centre is currently only open for pre-booked experiences.

Our Visitor Centre is currently only open for pre-booked experiences.

twitterfacebookinstagramemailtumblrlinkedin
Copyright 2019 - All Rights Reserved - Seal Rescue Ireland
Back To Top
We use cookies to ensure that we give you an enjoyable experience on our website. The cookies we use grant access to videos, preferences and much more. You can learn more about the cookies we use in our Cookies Notice. Seal of ApprovalNo thanksCookies Notice