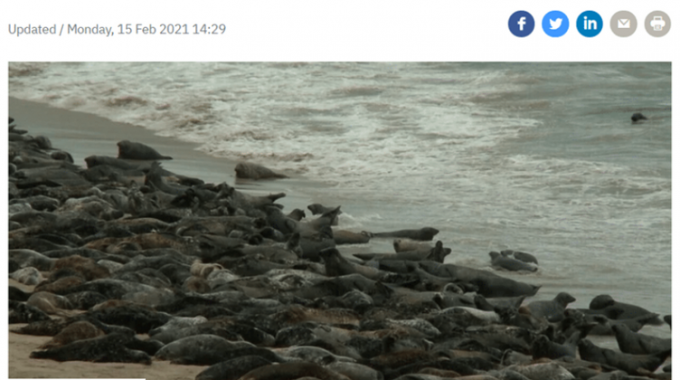 Seal Rescue Ireland has expressed concern about the number of seals washing up along the coast.

Last year saw the highest number of reports ever, with 202 reports of dead seals around the country – more than double the number in 2019.

Seal Rescue Ireland has said 47 seals have already washed up since the beginning of this year, compared to 32 for the same period last year.

“Gi-normous” Walrus Turns Up in Ireland

“It might have fallen asleep on an iceberg, says biologist Strollers on the southwest coast…

A malnourished grey seal pup, named Atria, has been rescued after being found on a…