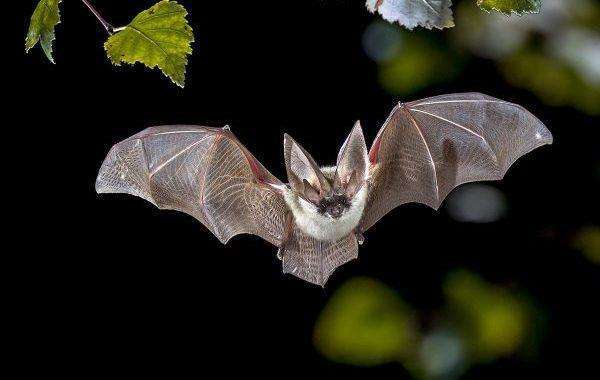 Bats play a valuable role in functioning ecosystems. Across the globe, some bat species are valuable as insect predators, while in more tropical latitudes, some species are pollinators that help plants to increase genetic diversity and produce fruits. In Ireland, all nine resident bat species are insectivores.

How our Project Aims To Support Irish Bats:

1: No habitat, No bats! Ireland was once around 80% native forest. With just under 2% of our native forest remaining, this has had a huge impact on habitat and forage for species like bats. Through the planting of 25,000 Irish providence trees, as well as interplanting of other native meadow and woodland species, we aim to provide habitat for bats and their prey species to inhabit and thrive.

2: Riparian Restoration: Bats rely heavily on aquatic ecosystems as a water source and a prime location for hunting aquatic invertebrates (insects) that hatch from the river, such as Mayflies and Stoneflies. These species are very sensitive to freshwater pollution and cannot survive heavy loads of organic waste or sedimentation. Our riparian planting helps to secure soils and prevent runoff into streams and rivers, allowing these insects to thrive. In years to come, we hope bats will use our riparian corridors as prime hunting grounds.

3: Wildflower planting: Some bats can eat 3,000 insects (such as midges) per night, up to half their body weight. By sowing condition-specific native wildflowers, we are providing forage for insects and pollinators but also kick-starting the food web from the ground up.

4: Hedgerows: Hedgerows are one of Ireland’s most valuable habitats for many species including bats. Correctly managed hedgerows provide an area for bats to dwell in the summer months when they are the most active. A composition of flowering and fruiting trees such as Hawthorn, Blackthorn and Dog Rose provide forage for wild animals and support an incredible ecosystem. Escaped hedgerows are fantastic habitats for bats, where they hibernate in crevices of older trees.

We encourage everyone to keep a wild area in their garden which will attract a plethora of insects, feed bats and birds, and make our urban and rural landscapes more beautiful and far richer in biodiversity.

Special thanks to Bat Conservation Ireland for collaborating on this educational article.

A Trip to Seal Rescue Ireland

On a recent trip, I stumbled across Seal Rescue Ireland, a national charity that rescues…

SRI During The Pandemic