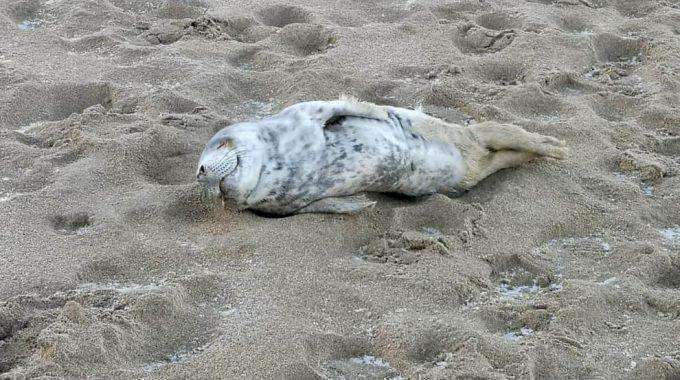 A malnourished grey seal pup, named Atria, has been rescued after being found on a beach in Inishowen.

The pup, a female, is estimated to be between three and four weeks old and was found on Binnion Beach in Clonmany.

Her front and back flippers are still covered in white lanugo fur, ‘like little slippers and socks.’

The rescue operation began after a member of the public spotted the baby seal on  Monday morning and contacted Seal Rescue Ireland.