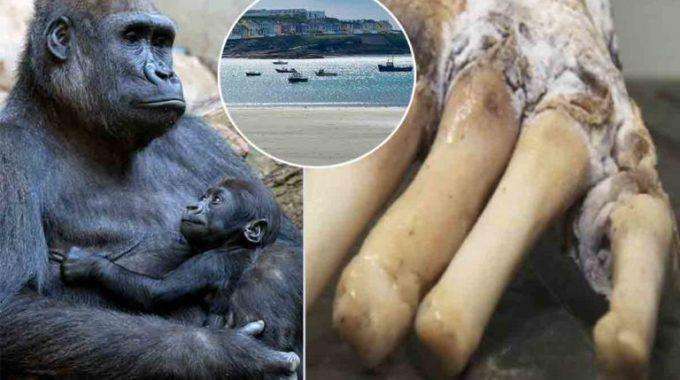 The public were called upon to establish just how the primate’s limb ended up on a beach on west coast of Ireland.

A member of the public happened upon the arm, which appeared to have long sharp claws, on Farrihy beach in Kilkee last week.

Gardai were alerted when it was initially thought to belong to a human.

Further analysis proved the limb belonged to an animal, and investigators upheld t must belong to a chimpanzee or a gorilla due to the sheer size of it.

Eco watch: Watch This Adorable Seal Return to the Sea After 5 Months of Rehab

Buzzfeed: 30 Animal Instagram Accounts That Make Me Smile And Will Probably Make You Smile Too

47 seals washed up along the coast this year say rescuers