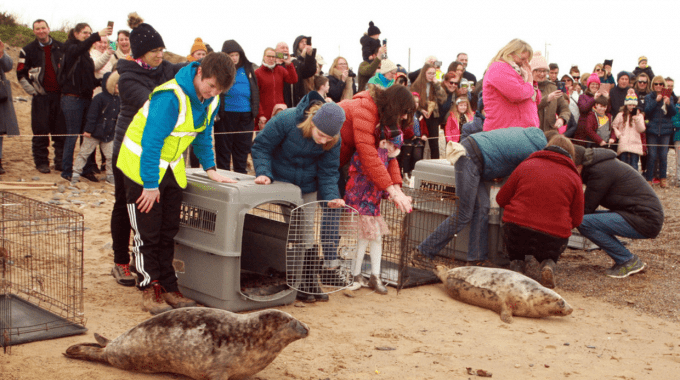 Staff at Seal Rescue Ireland and their supporters across the country have been keeping active during the month of September as they took on the ‘Seal Stride’ 117km challenge.

Brain-child of intern Amy Dodd, inspiration for the challenge came from the fact that a total of 117 seals were rescued by the charity last year.

‘I’ve been running for ten years and have taken part in a lot of charity fundraisers like running races and marathons. Due to the Covid-19 restrictions, we couldn’t organise a massive run for people to take part altogether at once but we had interest in this from all over the country. We were delighted to get people involved and track their own kilometres but tie it in to the fact that Seal Rescue Ireland is down 88% of funds compared to last year.

“Gi-normous” Walrus Turns Up in Ireland

“It might have fallen asleep on an iceberg, says biologist Strollers on the southwest coast…

Stephanie Sowers: A drop in the ocean

Final Year Project Documentary made by Stephanie Sowers for the Department of Media and Communications,…