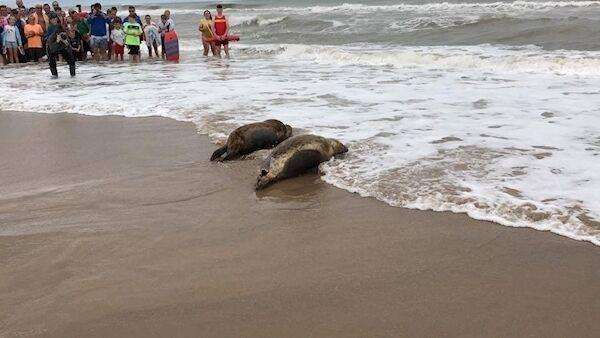 Seal Rescue Ireland’s innovative way to remove plastics from the sea is a step-up in their conservancy work, writes Amy Lewis

From a corner of north Wexford, a team of dedicated environmentalists are working towards, quite literally, building a better future for our planet and its inhabitants.

As resident volunteers at Seal Rescue Ireland — a registered charity established to rescue, rehabilitate and release sick, injured and orphaned seal pups — they’ve seen first-hand the effects that human activity is having on marine life. The threat of plastic pollution, famously highlighted in David Attenborough’s Blue Planet II series, is something to which Irish common and grey seals are not immune.

It has been another tough year for animal sanctuaries. Kelly O’Brien talked to centres across the country…

Situations can change, Murphy's Law-style. Sometimes as soon as I have submitted this column. And…

Copyright 2019 - All Rights Reserved - Seal Rescue Ireland
Back To Top