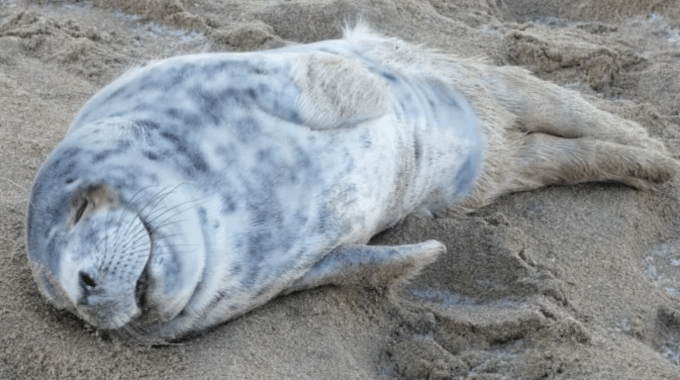 An emaciated orphaned seal pup has been rescued from a beach in Ireland in the hope it will soon recover and can be released into the sea.

A member of the public called wildlife rescue service Seal Rescue Ireland on Monday morning after they saw the animal on Binnion Beach in County Donegal, on the country’s northwestern coast.

Volunteers were called to the scene to rescue the pup, which was taken to their headquarters. They named the pup “Atria.”

Several seals with ‘gunshot wounds’ wash up on Cork beach

THE NUMBER OF dead seals washing up on Irish shores rose significantly last year, according…