A recent piece by SRI Alumni Sarah Hume discusses the escalating tensions between seals and fisheries in recent years as fishermen have renewed campaigns for the government to legalise the culling of seals. Sarah writes that “while the struggles of Ireland’s fishermen need to be taken seriously, it is a misconception that seals are the most prominent threat to coastal fisheries when ultimately, seals play an essential role in sustaining the health of our oceans on which the industry depends.” Click the ‘Read more’ button below to view the full article on this highly debated topic.

This month, we be were busy raising the alarm about the huge rise in dead seals washing up and being reported across Ireland’s coastlines. In 2020 SRI recorded a total of 202 dead seal reports..nearly DOUBLE that of 2019! And the trend continues: so far 2021 is starting off strong, with double the numbers reported from this time in 2020. While this growth in reporting is likely due in part to the greater number of people walking on beaches, there is nevertheless a strong indication that negative environmental factors are at play.

Reports of dead seals made by the public provide SRI with invaluable data to gain insight into our wild populations, identify unusual cases or problematic areas. Each year we submit this data to the National Parks and Wildlife Service so that we can both better understand threats facing seals in the wild and work together to develop strategies to mitigate these dangers. We rely on the public to report dead seals to us, as the more reports we receive, the more accurate and comprehensive our database will be. You can now help our research by reporting your sightings through our website!

We have a New Virtual SRI Experience! Our behind-the-scenes tour is now available online! This virtual experience gives you the unique opportunity to meet our adorable seal pups up close, from the comfort (and social distance) of your own home! The experience is 45 minutes long and costs €12 per adult (13+) and €8 per child (2-12).

Watch our pups enjoy an enrichment activity designed to keep them mentally stimulated and observe the seals in our pools dive and compete for fish at feeding time! You’ll get the chance to ask our knowledgable staff live questions, and even get €5 off an adoption package of the seal of your choice!

Planting season is well underway! Our staff and interns have been hard at work getting hundreds of saplings into the ground. On our first day alone, we planted 300 trees and we have planted *985* in 10 native species overall since January!

This is part of our partnership with Salesforce to plant 20,000 native trees in Ireland to help protect wildlife and address the negative impacts of climate change!

If you would like to support our habitat restoration efforts, you can donate to this campaign. Each sponsored tree will be catalogued with GPS, so you will be notified when and where your trees get planted!

Our highly anticipated educational video series is now available for streaming on our website! To continue bringing our engaging education programme into classes across Ireland, while preventing the spread of Covid-19, we’ve created our “Earth Heroes” programme! These videos make a great tool for students learning from home, as well as people of all ages, who want to find out more about seals and get inspired about marine conservation and biodiversity! Each of the eight episodes covers a different aspect of seal ecology, the main environmental threats facing seals and how we all can help. You’ll also learn about the rescue and rehabilitation process at our seal hospital.

With the support and sponsorship of SSE Renewables, we are able to make these videos FREE for all to enjoy! Additionally, we have developed fun and interactive Activity Workbooks that go along with the videos. These workbooks can be downloaded for FREE from our website and can be completed by kids at home or students as they watch!

We met the President

On the 21st of February our Executive Director, Melanie Croce, was invited to The Wheel‘s 20th Anniversary celebration. It was held at President Michael D. Higgins residence, Áras an Uachtaráin, in honour of the vital role being played by charities, community and voluntary organisations, and social enterprises, all across Ireland. 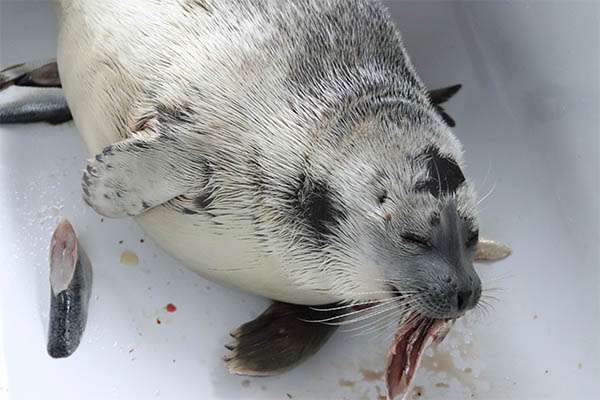 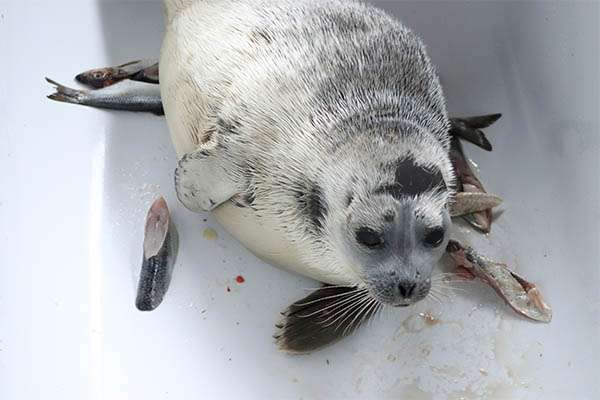 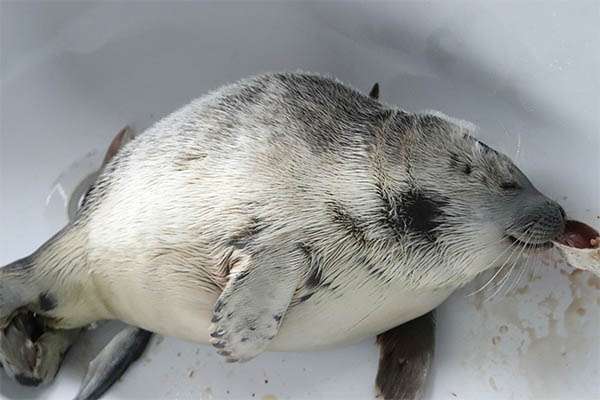 This little Arctic girl was seen in Co. Kerry on 2nd January and popped up again a week later in Co. Clare; a huge 150 km swim! Thanks to our amazing team of volunteers, we were able to rescue and take her into our care. Being our first ever encounter with a ringed seal, we are in contact with the Alaska SeaLife Center and Zeehondencentrum Pieterburen, who both have experience rehabilitating them, offering advice on her specific needs.

For exclusive content and to support Cloudberry through rehab: 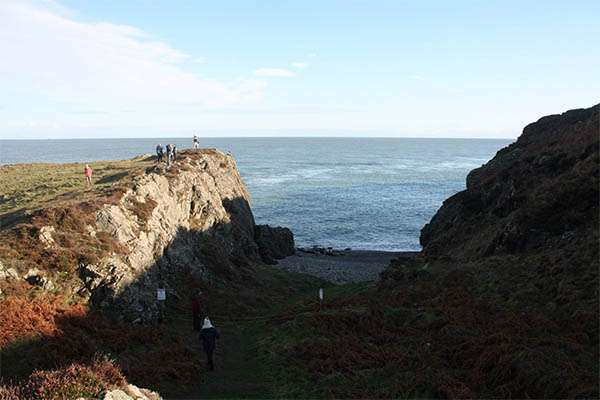 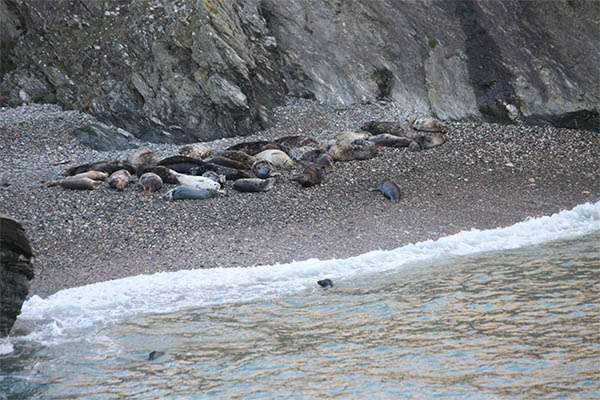 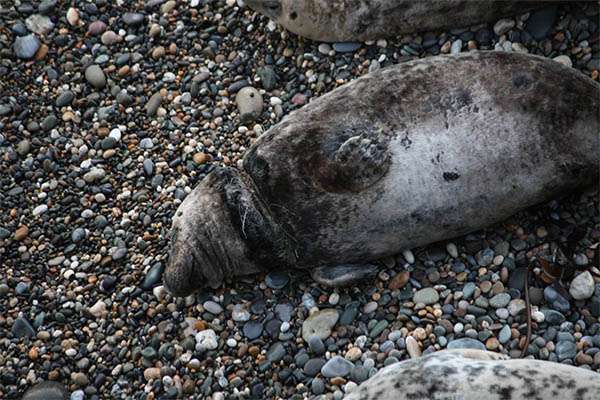 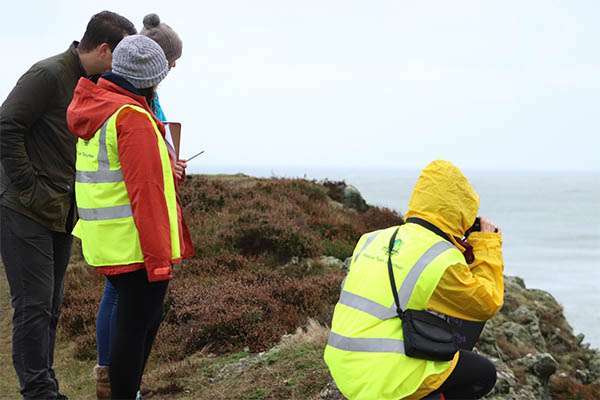 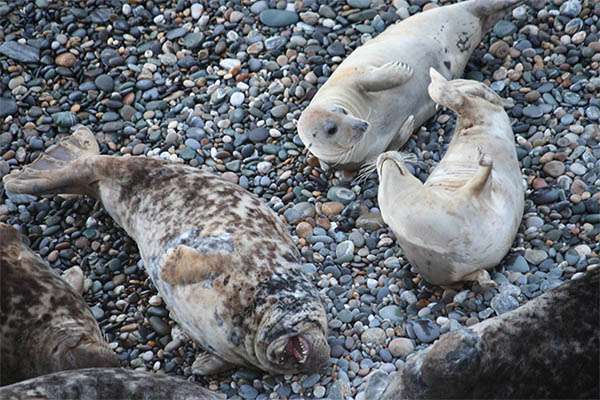 Our research and community engagement teams have been there on a weekly basis ever since. They’re collecting public opinion surveys, as well as compiling valuable data regarding the number of seals, entanglements and seals with flipper tags.

Grey seals were almost hunted to extinction in the past. They play a vital role as apex predators in the Irish marine ecosystem, so any safe haul out site is incredibly valuable.

Come down to Brides Head Beach to say hi and see the spectacular views.

Get involved in Citizen Science 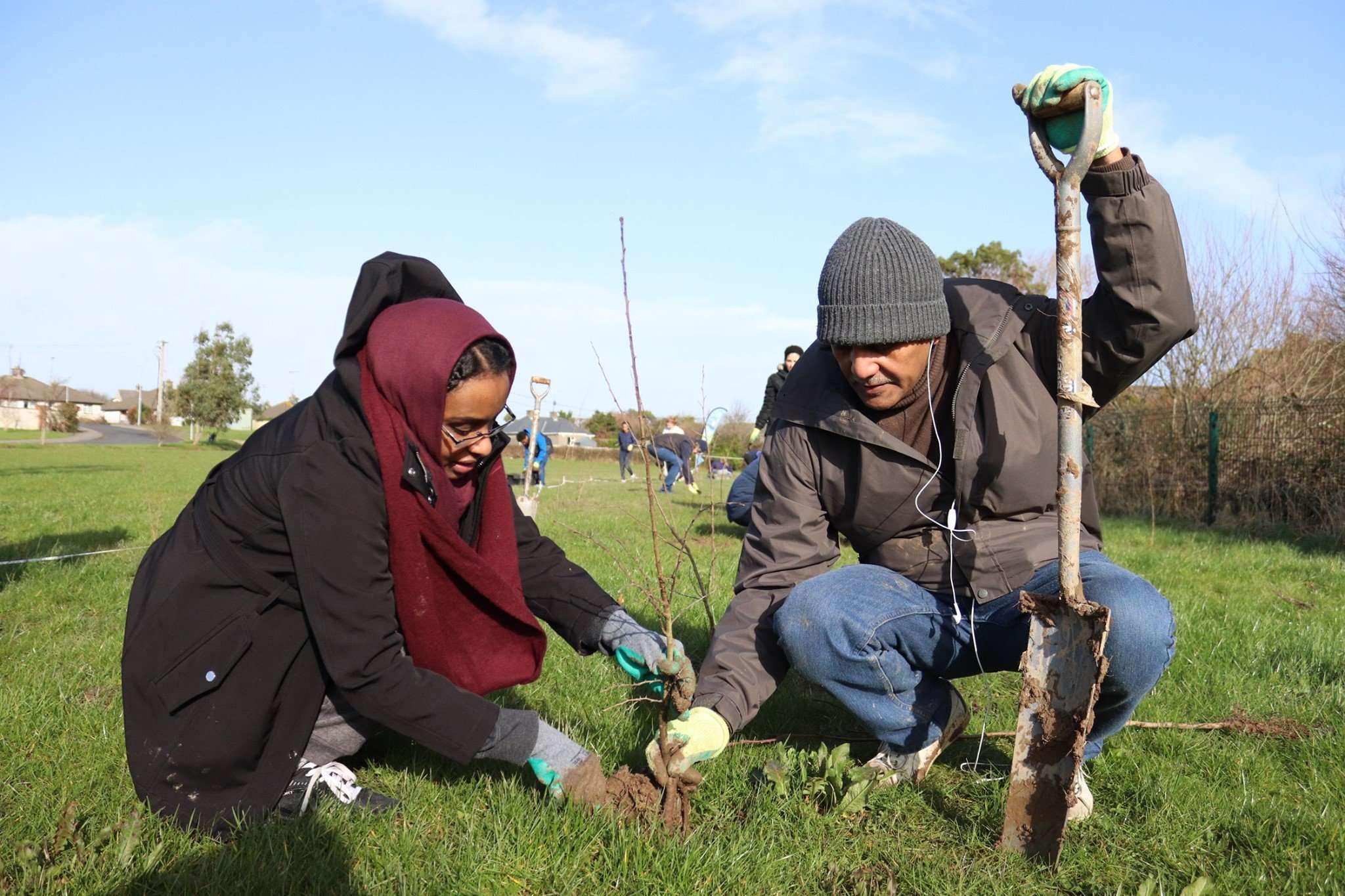 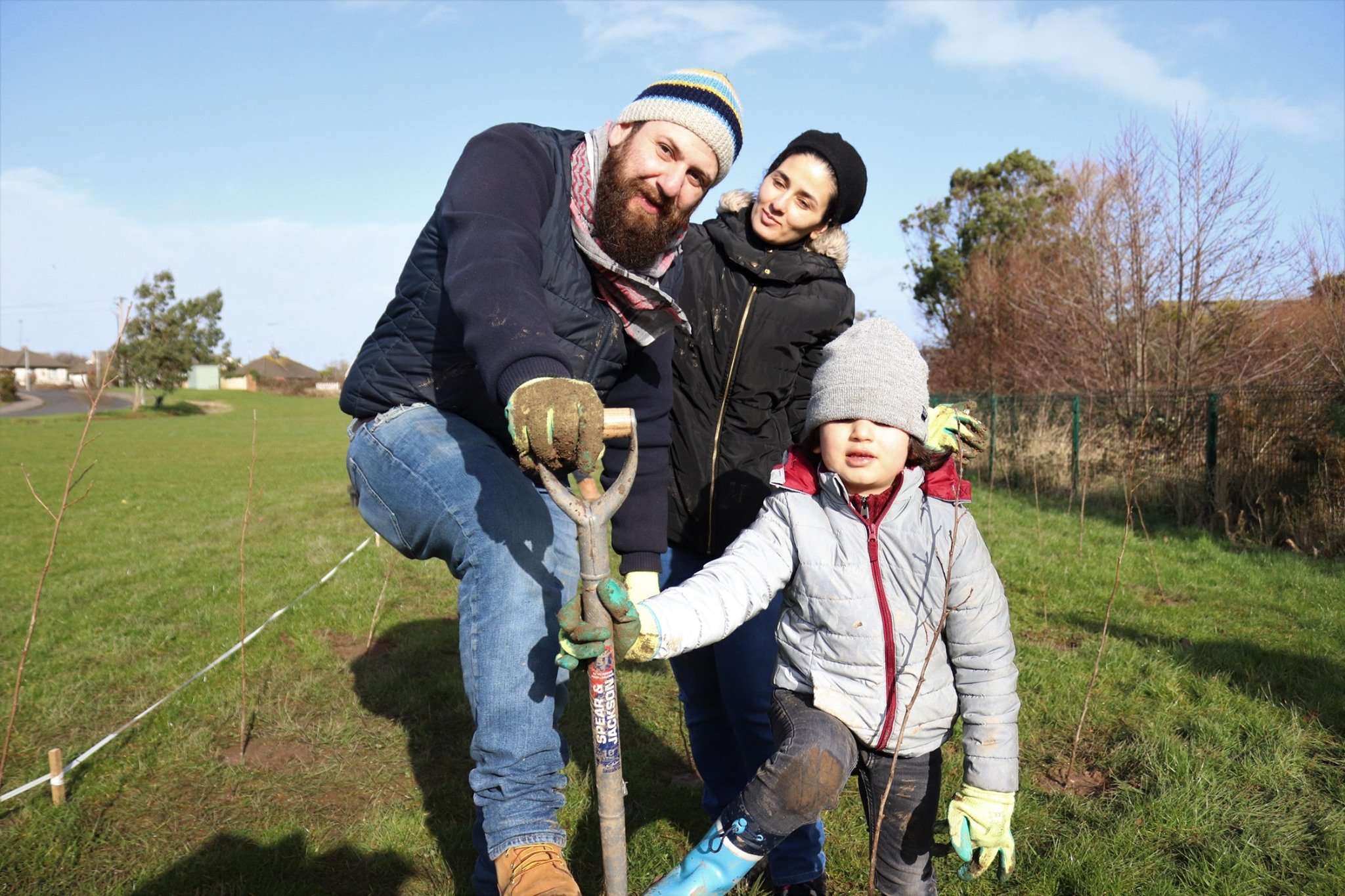 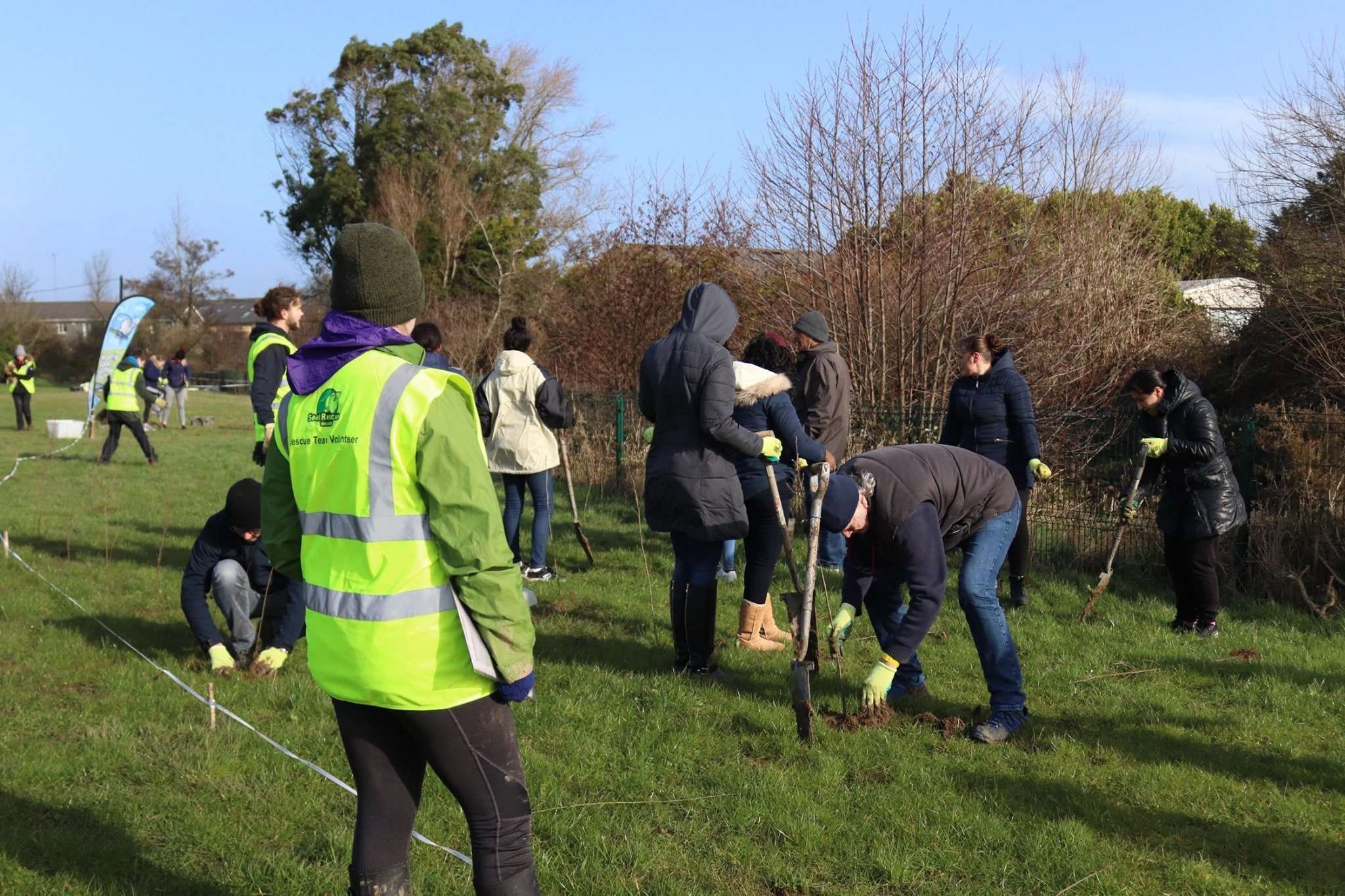 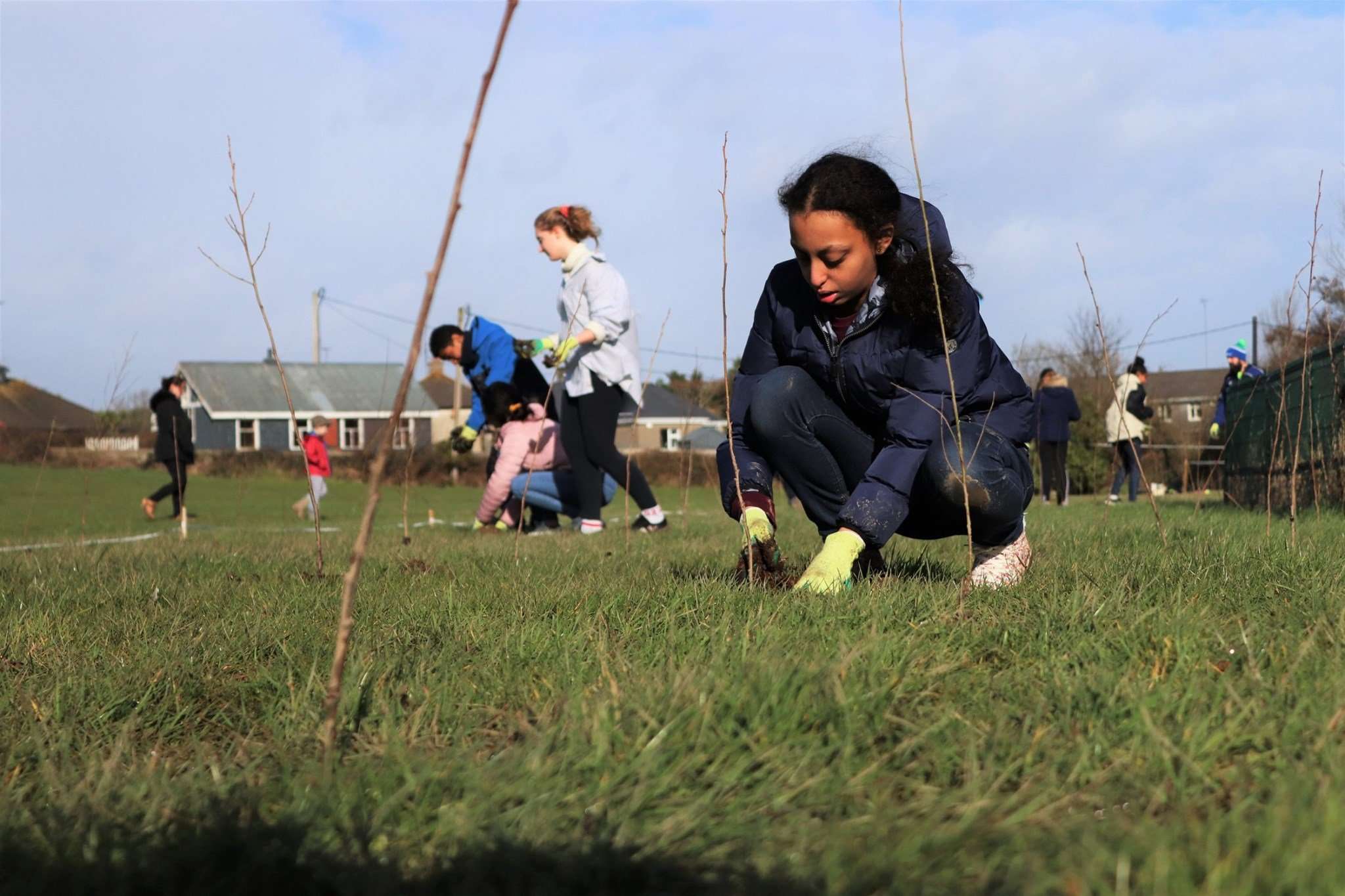 We’re 450 trees into our habitat restoration project at Glen Aoibhinn, only 1500 more go this planting season.  Would you like to get involved and plant some trees?